Why did I want my work in the aPanopticon?
In September 2014 I embarked on a Masters degree at Kingston University and began presenting the work I was doing on a weekly basis. Though the setting was very informal, I realised that the framing of the work was still significant. Whatever was in the presentation space (i.e. an area of our studio room) might influence or prejudice the viewers (i.e. tutors and fellow students). This could be serendipitous, but mostly for me it is downright frustrating.

I began to understand that though I am completely happy for a viewer to take anything they like from my work and to make their own interpretations. I wanted more control over what was in the 'frame' of the work of art. Easy to do if making an image or a painting, but I was not. I was making and combining objects and juxtaposing them with film projection. I also have had bad experiences with the changing lighting conditions of a gallery adversely affecting a curator's view of my work.

So ... I was beginning to think about ways in which I could control 'my exhibition' without extraneous interference. Taking over a whole gallery myself with an accompanying budget would be one solution. Using a 'peepshow' box or other hidden or contained structure in which to place work and control the environment would be another. But then I found Graham Asker and the aPanopticon. A far more sophisticated and developed structure than I could ever achieve.

I was very excited about Graham's concept and immediately got in touch with a proposal to show a selection of my work. I was very pleased to be invited to show some of my work.
Posted by Jane 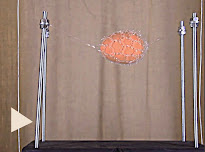 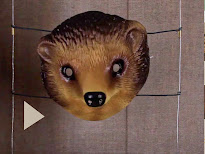